Stolen W-2 information was back in the news this week due to reports of another W-2 breach as well as new data from IRS officials on the threat. The latest breach involves TALX, an Equifax subsidiary that provides online payroll, HR and tax services. KrebsOnSecurity reported that an undisclosed number of customers were affected when malicious actors were able to gain access to employee accounts containing sensitive data.

“TALX believes that the unauthorized third-party(ies) gained access to the accounts primarily by successfully answering personal questions about the affected employees in order to reset the employees’ pins (the password to the online account portal),” wrote an attorney in one breach notification letter. “Because the accesses generally appear legitimate (e.g., successful use of login credentials), TALX cannot confirm forensically exactly which accounts were, in fact, accessed without authorization, although TALX believes that only a small percentage of these potentially affected accounts were actually affected.”

The extent of the fraud perpetrated with the help of hacked TALX accounts is unclear, but that at least five organizations have received letters from Equifax about a series of incidents over the past year, Krebs reported. Those included defense contractor giant Northrop Grumman, staffing firm Allegis Group, Saint-Gobain Corp., Erickson Living, and the University of Louisville. In addition to those companies, an IRS official said that 870 organizations reported receiving a W-2 phishing email over the first four months of 2017, and about 200 of those companies lost data as a result. That was a significant rise from 2016’s numbers, which included about 100 reports and 50 confirmed breaches. The official said that the increase was driven by progress made against identity theft, which has pushed cybercriminals to need more personal data to able to impersonate taxpayers. As a result, there has been a shift towards targeting those in the payroll industry. 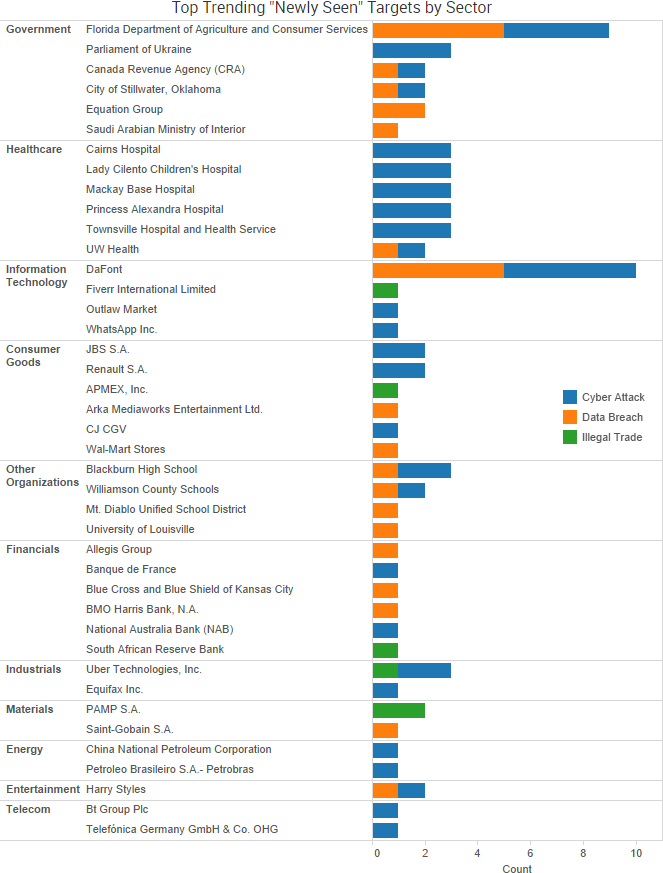 It is now less than one year until the EU General Data Protection Regulation (GDPR) goes into effect, yet some organizations are either unaware of the upcoming privacy changes or believe they will have issues meeting next year’s deadline, according to recent research.

The GDPR was approved by the EU parliament in April 2016, and the new regulation will be fully enforceable on May 25, 2018. Among the most talked about changes from the upcoming regulation is the increase in potential fines for data breaches. Breached organizations can be fined as much as 4% of their annual global turnover or €20 million, whichever is greater, when it comes to serious violations. Lesser violations are subject to half the maximum penalty — up to €10 million or 2% of turnover. As the NCC Group noted, those new numbers mean that last year’s ICO fines could have been 79 times higher: £69m rather than £880,500 in total.

“TalkTalk’s 2016 fine of £400,000 for security failings that allowed hackers to access customer data would rocket to £59m under GDPR,” The Register noted last month. “Fines given to small and medium-sized enterprises could have been catastrophic. For example, Pharmacy2U’s fine of £130,000 would balloon to £4.4m – a significant proportion of its revenues and potentially enough to put it out of business.”

It is important to note that the new regulations generally apply to any organization that offer of goods or services to individuals in the EU, so the GDPR has global implications. However, a recent study of 500 organizations in the UK, Germany, France, and the U.S. found that 75% of organizations indicated they will struggle to be ready for next year’s deadline. According to the Varonis survey, the top three challenges facing organizations around GDPR include:

For organizations looking to learn more about preparing for GDPR, ICO has a 12-step guide available.