South Korean financial institutions dominated the week’s top trending targets due to a series of extortion demands that have threatened distributed denial-of-service (DDoS) attacks unless those institutions pay between 10 and 15 bitcoins ($24,000 to $36,000) in ransom each. 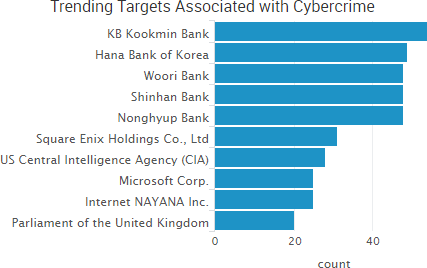 At least 27 financial institutions received the extortion demands from a group claiming to be the Armada Collective, including major banks, security companies, and the Korea Exchange, the Korea Joongang Daily reported. It is unclear if the group behind the threats is associated with the real Armada Collective, or if it is yet another group that is attempting to leverage the popular extortionists identity in order to gain credibility. In early 2016, a group was able to successfully extort more than $100,000 by threatening DDoS attacks under the Armada Collective name — but researchers concluded that specific threat was empty and the group never actually carried out any attacks — despite being profitable.

According to The Korea Times, the group carried out a small attack last Monday on the Korea Financial Telecommunications & Clearings Institute (KFTC), Suhyup Bank, DGB Daegu Bank, and JB Bank — with a promise of more powerful attacks to come in the future if the institutions do not pay their ransoms by the July 3 deadline. The DDoS attacks did not disrupt any services, the Times reported, and the small DDoS attack against KFTC last Monday lasted for only 16 minutes. Previous extortion campaigns have seen groups using a similar tactic of small DDoS attacks to prove they have some capability and lend credibility to their threats; however, the full capabilities of the group behind the most recent demands is unclear.

It is possible that the group is simply looking for easy blackmail targets following the recent $1.1 million dollar ransom payment that was made by South Korean web hosting firm Nayana. Researchers had previously speculated that the large ransom payment could lead to more South Korean organizations being targeted. 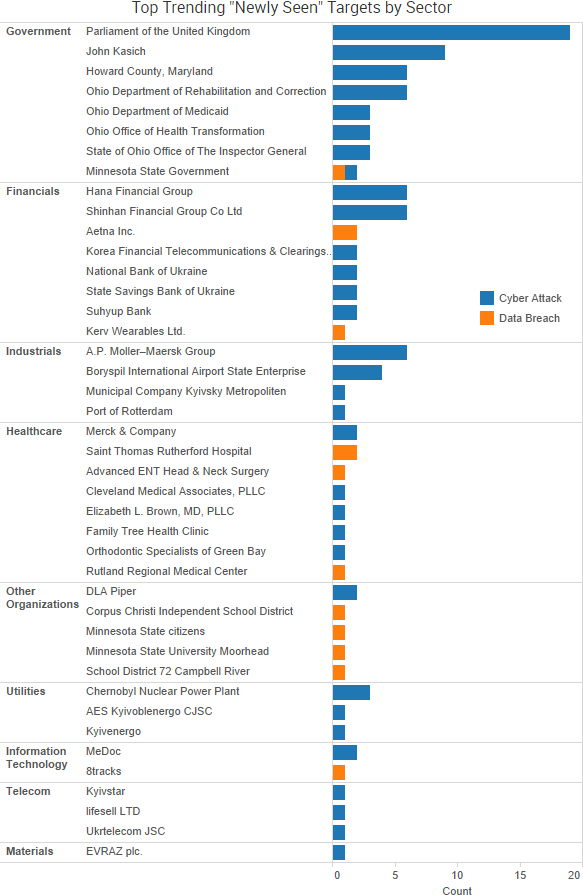 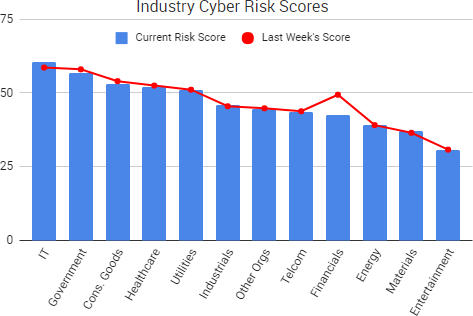 One of the biggest stories that occurred last week was the spread of a ransomware/wiper malware known as NotPetya.

The outbreak was similar to May’s quick spread of the WannaCry ransomware, and those that were infected across the Ukraine, the UK, the Netherlands, India, Spain, Denmark, and elsewhere were shown a ransom demand asking for $300 in bitcoin along with contact details. However, various researchers quickly concluded that  the intention behind the attack was likely disruption, not monetary gain.

Previous versions of similar ransomware like Petya used a personal infection ID that contained crucial information for the key recovery, Kaspersky explained in its analysis. However, the NotPetya malware uses randomly generated data in place of that personal key. That means that the attackers have little hope of actually recovering their data, even if they wanted to do so.

As Ars Technica noted, other researchers have come to similar conclusions about NotPetya. Matt Suiche of Comae Technologies concluded that the ransomware aspect of NotPetya may a have been a front to push the media narrative towards the attacker being an unknown cybercriminal group rather than a nation-state attacker with data destruction in mind.

The head of the Center for Cyber Protection within Ukraine’s State Service for Special Communications and Information Protection agreed with that assessment, saying “I think this [NotPetya malware] was directed at us” and that the event was definitely not a criminal attack, but likely a state-sponsored one carrying over from Ukraine’s ongoing cyberwar with Russia. That theory is not confirmed, but as SurfWatch Labs noted, “strong evidence points to the attack beginning with the hacking of the Ukrainian accounting software MeDoc where the automatic update feature was used to download the worm.”

Ukraine’s security service SBU announced that a number of international organizations are helping to investigate the NotPetya attacks and identify the culprits, so more information about the attacks will likely be announced in the near future.