Equifax continued to dominate cybersecurity discussion over the last week as security researchers, government officials, lawyers, and the media have continued to ask questions around the fallout related to the massive breach, which affects 143 million consumers in the U.S. as well as others across the globe.

Equifax confirmed that the actors behind the breach exploited an Apache Struts vulnerability (CVE-2017-5638). The Apache Software Foundation noted that vulnerability was made public and a patch was issued for it on March 7, more than two months before the initial “mid-May” comprise at Equifax.

“In conclusion, the Equifax data compromise was due to their failure to install the security updates provided in a timely manner,” the foundation wrote in a blog post.

To add to the company’s woes, researchers discovered that an online portal for Argentinian employees to manage credit report disputes had, among other issues, the ridiculously easy-to-guess username and password combination of “admin” and “admin” — potentially leaking the sensitive information of those in Argentina and possibly other Latin American countries.

In addition, the FTC, which has opened an investigation into the breach, is warning consumers to be on the lookout for scams involving Equifax imposters and advising consumers to never give information to anyone who calls unprompted and claims to be from the company. Visa and Mastercard are also sending confidential alerts to U.S. financial institutions regarding the 209,000 payment card numbers that were also stolen in the breach. Brian Krebs reported that it appears those stolen payment cards are, ironically, tied to people signing up for credit monitoring service through Equifax. Finally, the breach has prompted Elizabeth Warren and 11 other Democratic senators to introduce a bill to give consumers the ability to freeze their credit for free. 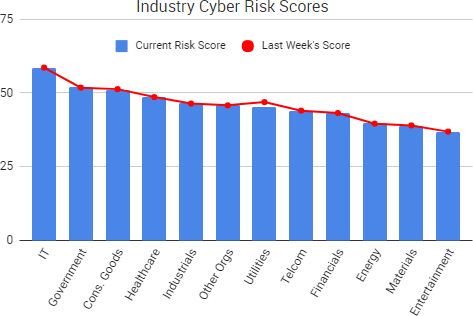 Security researchers are advising people to ensure their Bluetooth connections are turned off when not in use after the discovery of a series of vulnerabilities that can be used to compromise billions of Bluetooth-enabled devices.

The eight vulnerabilities, dubbed “BlueBorne,” were first reported by Armis Labs and “are the most serious Bluetooth vulnerabilities identified to date,” according to a company spokesperson.

“BlueBorne allows attackers to take control of devices, access corporate data and networks, penetrate secure ‘air-gapped’ networks, and spread malware to other devices,” the researchers wrote in a paper detailing the vulnerabilities. “The attack does not require the targeted device to be set on discoverable mode or to be paired to the attacker’s device. In addition, the targeted user is not required to authorize or authenticate the connection to the attacker’s device.”

As an Armis spokesperson told Bleeping Computer, one example of an attack could be a malicious actor simply walking into a bank carrying weaponized code on a Bluetooth-enabled device in order to infect other devices and gain a foothold on a previously secured network. In addition to the paper, Armis has uploaded videos showing how the BlueBorne attacks work across various devices.