The National Security Agency and Kaspersky Lab were once again among the week’s top trending targets due to continued reporting around Kaspersky’s alleged involvement in the 2015 theft of classified materials from the home computer of an NSA employee. 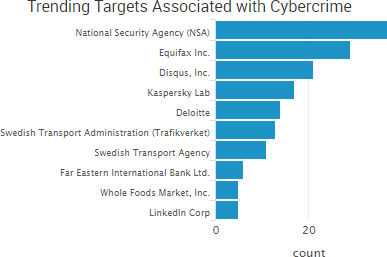 As we noted last week, sources told the The Wall Street Journal that a contractor took the sensitive data home without the NSA’s knowledge, and the Russian government was able to then steal that information by leveraging the contractor’s use of antivirus software created by Kaspersky. However, the Washington Post subsequently reported that the individual in question was actually an employee in the NSA’s elite Tailored Access Operations division.

In addition, officials told the WSJ this week that Kaspersky’s antivirus software was modified to search for terms such as “top secret,” as well as the classified code names of U.S. government programs, in an operation that is broader and more pervasive than just the one hacked employee. That modification could not have been done without Kaspersky’s knowledge, an official told the paper. However, Kaspersky has continued to state that it “was not involved in, and does not possess any knowledge of, the situation in question.”

The New York Times reported that the U.S. was first made aware of the espionage campaign leveraging Kaspersky by Israeli intelligence officers who hacked into Kaspersky Labs in 2014. Those hackers, later dubbed Duqu 2.0, exploited up to three zero-days in order to spy on Kaspersky Lab technologies, ongoing research, and internal processes, Kaspersky wrote in 2015 after discovering the intrusion.

Officials told the WSJ that it remains unclear exactly how many other government computers or employees may have been targeted via Kaspersky software – or if any additional sensitive data was stolen. 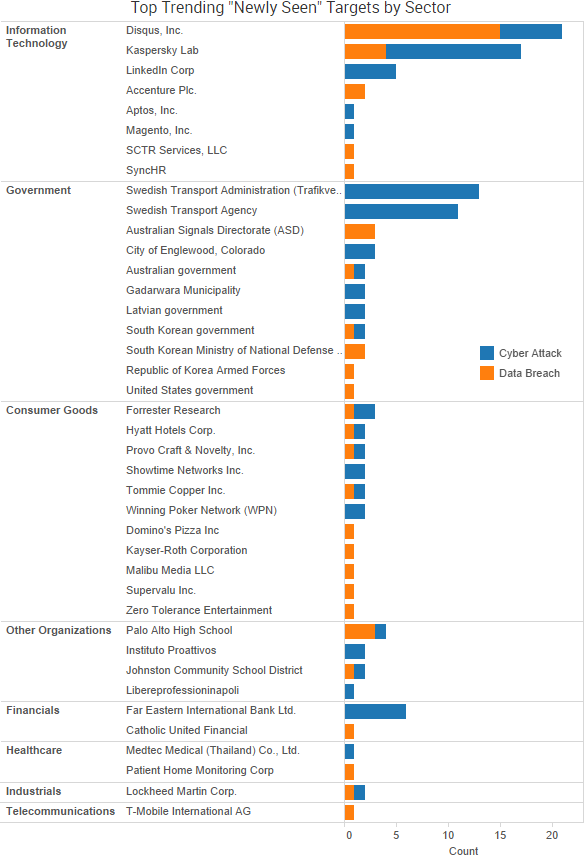 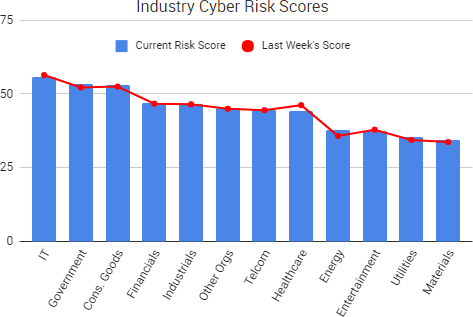 Exploiting the vulnerability requires authenticated access to the transactions portion of SmartVista front-end, the researchers said, and it can lead to the compromise of various  sensitive data depending on the level of access the BPC SmartVista user was granted. Researchers said the company has yet to respond to multiple vulnerability reports from Rapid7, CERT/CC in the U.S., and SwissCERT that date as far back as May 10.

BPC’s website states that the company has 188 customers across 66 countries, including “huge tier 1 banks, and both midsize and smaller companies.” The website also states that all of its solutions are delivered via the SmartVista product suite, which “handles all aspects of ATM management, billing, mobile and contactless payments, settlement, point of sale, card issuing and acquiring, microfinance and electronic payments processing.”

Rapid7 researchers said that an attacker could craft a series of true/false statements to brute-force query the database, allowing information from accessible tables to be exposed, such as usernames and passwords. Rapid7 program manager Samuel Huckins told Threatpost the company was hesitant to publish its findings due to the potential for financial and data loss, but it has not received any response from BPC or evidence of the vulnerability being patched across many months.

“After a certain point, we needed to move forward and make it public in the hope they see it and take action,” Huckins said. “This could impact a lot of their customers who may not be aware of this at all.”

The researchers advised users to contact BPC support for more details, to limit access to the management interface of SmartVista, and to regularly perform audits of successful and failed logins.