Uber was the week’s top trending cybercrime target due to the announcement of a year-old breach that affects 57 million customers and drivers. In addition, the company admitted to paying the hackers $100,000 in an effort to keep the breach out the public eye. 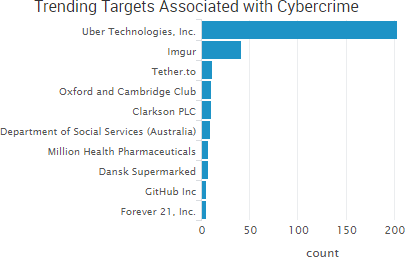 The data was stolen in October 2016, and it includes the names, email addresses, and phone numbers of 50 million Uber riders, as well as the driver’s licenses and personal information of approximately 7 million drivers. Bloomberg reported that two attackers accessed a private GitHub repository used by Uber software engineers, used login credentials they obtained there to access data stored on an Amazon Web Services account that handled computing tasks for the company, and then discovered an archive of rider and driver information they later used to extort the company.

The breach announcement is just the latest chapter is Uber’s security and legal woes, and Dara Khosrowshahi, who took over as chief executive officer in September, said that the company is “changing the way we do business” moving forward. The payment of $100,000 to conceal the breach and have the attackers delete the stolen information led to the firing of Uber’s chief security officer and another employee for their roles in the incident. Reuters reported that three senior managers within Uber’s security unit have since resigned as well.

Europe’s national privacy regulators have formed a task force to investigate Uber’s breach and the company’s attempt at concealing it from regulators. In addition, numerous state attorneys general have initiated investigations or lawsuits related to the breach. The breach also came a week before three senators introduced a national bill that would require companies to report data breaches within 30 days. 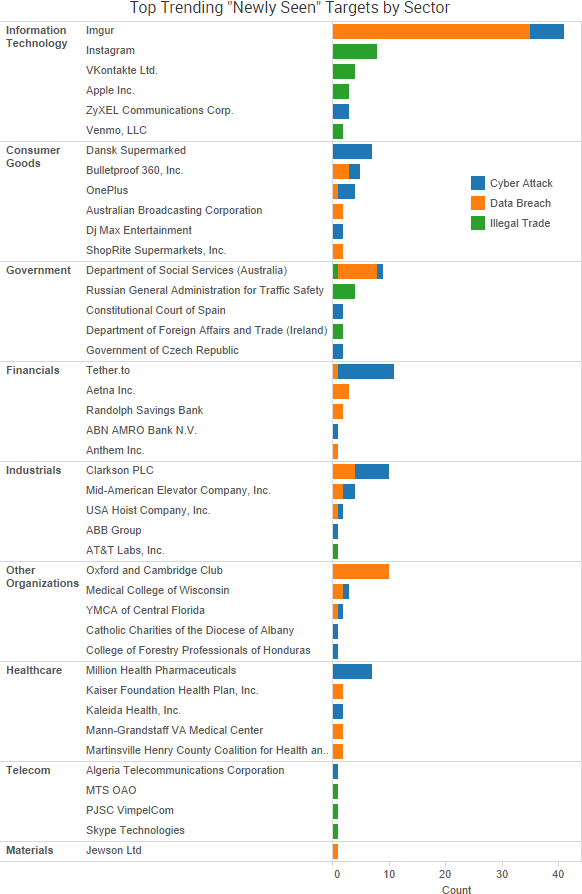 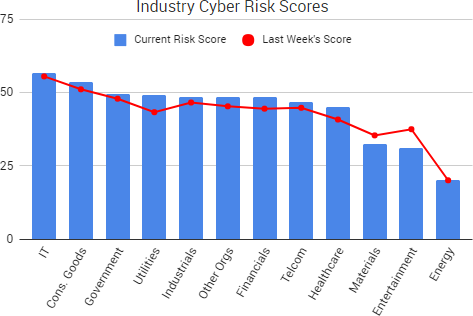 This past week saw several notable legal actions against cybercriminals.

The most prominent figure was Roman Valeryevich Seleznev, aka Track2, who was sentenced to 14 years in prison for his role in the 2008 defrauding of Atlanta-based payment card processor RBS Worldpay – which led to the theft of 45.5 million debit card numbers and $9.4 million in fraudulent ATM withdrawals – as well as his role in selling stolen payment card and personal data to members of carder.su – a cybercriminal website that resulted in victims losing at least 50 million dollars.

As SurfWatch Labs noted in April, Seleznev is already serving a 27-year prison sentence, the longest ever related to cybercrime, for his role in a separate $170 million payment card fraud operation. The prosecutors in that case described Seleznev as “the highest profile long-term cybercriminal ever convicted by an American jury” and a “pioneer” and “revered” point-of-sale hacker in the criminal underworld. Seleznev’s two sentences will be served concurrently.

In addition, the U.S. government has charged three Chinese nationals with hacking into Siemens AG, Trimble Inc, and Moody’s Analytics between 2011 and 2017 to steal business secrets. According to the indictment, the three defendants were associated with the Chinese cybersecurity firm Guangzhou Bo Yu Information Technology Company Ltd. Government officials told Reuters that most if not all of the firm’s hacking operations are state-sponsored and directed; however, the case is not being prosecuted as state-sponsored hacking.

The week also saw the guilty plea of one of the four men indicted earlier this year on charges related to the hacking of Yahoo. Karim Baratov, 22, a Canadian national and resident, pleaded guilty for his role in assisting the three other men who are charged and remain at large in Russia. The three other men are accused of hacking Yahoo’s network, and Baratov said in his plea agreement that he hacked more than 11,000 webmail accounts in total from around 2010 until March 2017, including accounts of individuals of interest to the FSB as directed by one of the other men. Baratov’s sentencing hearing is scheduled for February 20, 2018.

Finally, Europol announced that a joint law enforcement action across 26 countries had led to the arrest of 159 individuals and the identification of 766 money mules and 59 money mule organizers. The money mule transactions accounted for total losses of nearly €31 million, more than 90 percent of which was cybercrime related.