Under Armor announced this week that approximately 150 million users of the diet and fitness app MyFitnessPal had their personal information acquired by an unauthorized third party sometime in February 2018. As Reuters noted, it is the largest data breach of 2018 in terms of the number of records affected.

The breach was discovered on March 25, and the data compromised includes usernames, email addresses, and hashed passwords — the majority of which used bcrypt, the company said.

“The affected data did not include government-issued identifiers (such as Social Security numbers and driver’s license numbers) because we don’t collect that information from users,” the company said in a statement. “Payment card data was not affected because it is collected and processed separately.”

It is unclear how the unauthorized third party acquired the data, and the investigation is ongoing. Under Armour bought MyFitnessPal in February 2015 for $475 million. 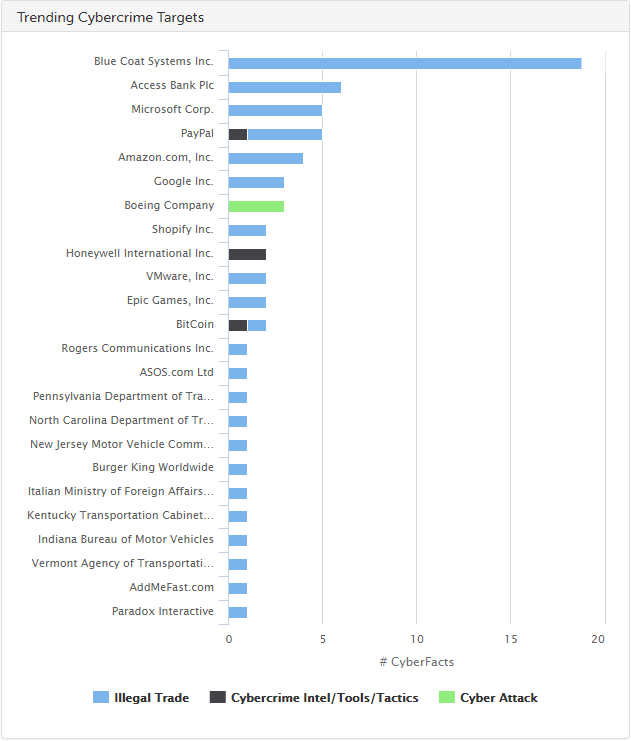 Law enforcement officials in Spain have arrested the alleged leader of the cybercriminal syndicate behind the Carbankak and Cobalt malware attacks, which have targeted more than 100 financial organizations around the world and caused cumulative losses of over €1 billion since 2013.

Europol’s press release did not name the alleged mastermind behind the group; however, Bloomberg reported that Spain’s Interior Ministry named the suspect as Denis K, a Ukrainian national who had accumulated about 15,000 bitcoins (worth approximately $120 million at the time of his arrest). Europol noted that numerous other coders, mule networks, and money launderers connected to the group were also the target of the international law enforcement operation.

The group first used the Anunak malware in 2013 to target financial transfers and ATM networks, and by the following year they had created a more sophisticated version of the malware known as Carbanak, which was used by the group used until 2016. At that point the group carried out an even more sophisticated wave of attacks using custom-made malware based on the Cobalt Strike penetration testing software, Europol said.

“The criminals would send out to bank employees spear phishing emails with a malicious attachment impersonating legitimate companies,” Europol wrote in a press release. “Once downloaded, the malicious software allowed the criminals to remotely control the victims’ infected machines, giving them access to the internal banking network and infecting the servers controlling the ATMs. This provided them with the knowledge they needed to cash out the money.”

Carlos Yuste, a Spanish police chief inspector who helped lead the operation, told Bloomberg that “the head has been cut off” of the high-profile group. Steven Wilson, Head of Europol’s European Cybercrime Centre, said that the arrest illustrates how law enforcement “is having a major impact on top level cybercriminality.”

Over the past month, researchers have observed several new phishing campaigns that demonstrate a more sophisticated and targeted approach to social engineering by threat actors.

For example, on Monday Trustwave wrote about the Carbanak gang targeting the hospitality and restaurant sectors. The actors began the attack by using public tools such as LinkedIn to find the names of company department heads or other key employees. Then they called the organization’s customer service line and claim that they were having difficulties with the online registration system and ask to send the information via email. They would spend a significant amount of time on the phone with the employee — often dropping those researched names in order to build trust — until the employee eventually opened the malicious Word document attached in the email.

Finally, the organization would be infected with malware capable of stealing system information, taking desktop screenshots, and downloading additional tools such as point-of-sale malware.

Other threat actors are shifting towards similarly indirect paths of compromise — beginning their attacks with a message, or several messages, designed to build trust before attempting to cause harm. This is the case with recent business email compromise (BEC) scams, which the FBI has repeatedly warned is a growing problem for organizations.

“In most cases, a BEC scam attempts to portray an email or request as being urgent, placing pressure on the recipient to act fast without asking questions,” SurfWatch Labs noted in a blog post about the FBI’s July alert. “The email is often sent from a legitimate looking source — such as a high-ranking company official or a bank that works with the company — which further eliminates questions from the recipient.”

However, Symantec recently warned that BEC scams had shifted to a less urgent approach. Instead, most BEC scams now begin with a simple introductory message before requesting a fraudulent wire transfer, as this email exchange demonstrates:

In June, shortly before the FBI’s last BEC warning, just 20 percent of BEC emails began by inquiring about the recipient’s availability — with the rest directly requesting a wire transfer, according to Symantec. By October, 60 percent of the emails began with the more indirect approach of inquiring about the recipient’s availability.

Warnings of targeted attacks like the ones described above have led to spear phishing being the most common practice tag related to social engineering over the past 90 days, according to SurfWatch Labs’ data.

A wide variety of industry groups have been tied to spear phishing threats over the period. However, the most talked about cybercrime stories of the past month may have been the hacking and publication of emails from the Democratic National Committee and Hillary Clinton’s campaign chairman John Podesta, as well as what role those breaches had in shaping the recent US presidential election.

Those Fancy Bear attacks used a particular tactic: the use of shortened URLs. As Esquire’s Thoma Rid wrote explained, those shortened URLs both tricked users into clicking malicious links at an alarming rate and, ultimately, helped researchers uncover the actors behind those targeted attacks:

To manage so many short URLs, Fancy Bear had created an automated system that used a popular link-shortening service called Bitly. The spear-phishing emails worked well—one in seven victims revealed their passwords—but the hackers forgot to set two of their Bitly accounts to “private.” … Between October 2015 and May 2016, the hacking group used nine thousand links to attack about four thousand Gmail accounts, including targets in Ukraine, the Baltics, the United States, China, and Iran. … Among the group’s recent breaches were the German parliament, the Italian military, the Saudi foreign ministry, the email accounts of Philip Breedlove, Colin Powell, and John Podesta—Hillary Clinton’s campaign chairman—and, of course, the DNC.

These breaches highlight some of the ways in which social engineering has continued to affect organizations across all sectors and how new techniques are incorporated in order to make it harder for individuals to detect suspicious activity.

That’s why training and awareness is often touted as the most important and cost effective step in combating social engineering, as we noted in a prior social engineering blog. Having the proper tools and training, along with up-to-date threat intelligence to inform them of the latest threats, can help organizations and their employees provide a better front line of defense against the evolving techniques used by threat actors.