Instagram was among the week’s top trending cybercrime targets due to both the company confirming a bug that may have leaked some users’ personal information and a malicious actor claiming that he is selling the personal data of six million Instagram users. 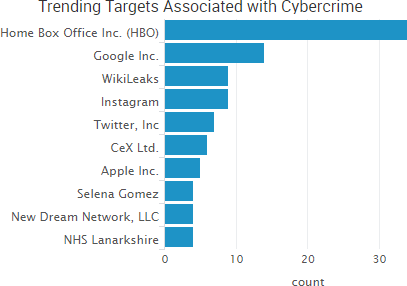 On August 28, Instagram’s most popular user, Selena Gomez, had her account hacked and used to spread nude photographs from 2015 of her ex-boyfriend Justin Bieber. Two days later, Instagram warned that a bug in the Instagram API had been used to steal some high-profile users’ personal information — which may have contributed to the Gomez account takeover.

“We recently discovered that one or more individuals obtained unlawful access to a number of high-profile Instagram users’ contact information — specifically email address and phone number — by exploiting a bug in an Instagram API,” the company said. “At this point we believe this effort was targeted at high-profile users so, out of an abundance of caution, we are notifying our verified account holders of this issue.”

However, that same day a malicious actor claiming to have scraped the personal data of six million Instagram users contacted Ars Technica and told the outlet that he or she was selling the data in a searchable website for $10 per query. The actor claimed to have learned of the vulnerability used to scrape the data in an IRC discussion — suggesting that the bug confirmed by Instagram may have a wider scope of impact than initially thought. An Instagram representative said company officials are aware of the claim and are investigating it. Researchers said the 10,000-record sample provider by the actor appears to be legitimate. Until Instagram clarifies the extent of the bug and the subsequent breach of personal information, Instagram users should assume that their associated email addresses and phone numbers may in the hands of malicious actors.

“The FDA has reviewed information concerning potential cybersecurity vulnerabilities associated with St. Jude Medical’s RF-enabled implantable cardiac pacemakers and has confirmed that these vulnerabilities, if exploited, could allow an unauthorized user (i.e. someone other than the patient’s physician) to access a patient’s device using commercially available equipment,” the FDA wrote in safety communication. “This access could be used to modify programming commands to the implanted pacemaker, which could result in patient harm from rapid battery depletion or administration of inappropriate pacing.”

The firmware update follows a series of high-profile news stories regarding St. Jude dating back to 2016 when the healthcare cybersecurity company MedSec teamed up with the short selling firm Muddy Waters to disclose — and ultimately profit from — several remotely executable flaws in St. Jude pacemakers and defibrillators. A lawsuit, government alerts, and a January 2017 patch that many claimed fell short followed (the timeline is summarized well in this article from CSO Online).

The firmware update requires an in-person patient visit with a health care provider and takes approximately 3 minutes to complete. After installing the update, any device attempting to communicate with the implanted pacemaker must provide authorization to do so. The FDA asks affected patients to consult with their physicians about any risks associated with receiving the firmware update, which has “a very low risk of an update malfunction.”

In 2016, the FDA issued recommendations to manufacturers for continued monitoring, reporting, and remediation of medical device cybersecurity vulnerabilities.

Gamestop was the week’s top trending cybercrime target as the company is investigating reports that customer payment card information may have been stolen from gamestop.com. In addition to Gamestop, payment card information was also stolen from the restaurant chain Shoney’s and a series of car washes have issued breach notification letters tied to a compromise at an unnamed third-party point-of-sale (POS) provider.

Two sources told Brian Krebs last week that an alert from a credit card processor indicated gamestop.com was likely compromised by intruders between mid-September 2016 and the first week of February 2017. The sources said that card numbers, expiration dates, names, addresses, and verification codes were stolen due to the breach. Gamestop also operates thousands of retail locations, but there is no indication that those have been affected.

However, dozens of Shoney’s locations were impacted by a recent POS breach. A week after Krebs reported the Gamestop breach, confidential alerts from credit card associations stated that similar payment card data was stolen from the restaurant chain. Best American Hospitality Corp., which manages some of Shoney’s corporate affiliated restaurants, later issued a press release saying that remotely installed POS malware led to breaches at 37 Shoney’s locations between December 27, 2016, and March 6, 2017.

In addition, Acme Car Wash, Auto Pride Car Wash, Clearwater Express Car Wash, Waterworks Car Wash, and Wildwater Express Carwash were all notified of a point-of-sale (PoS) malware infection by their unnamed third-party POS provider. The notification occurred on March 27, and customers who used a payment card at those business during various periods in February may have had their data compromised. 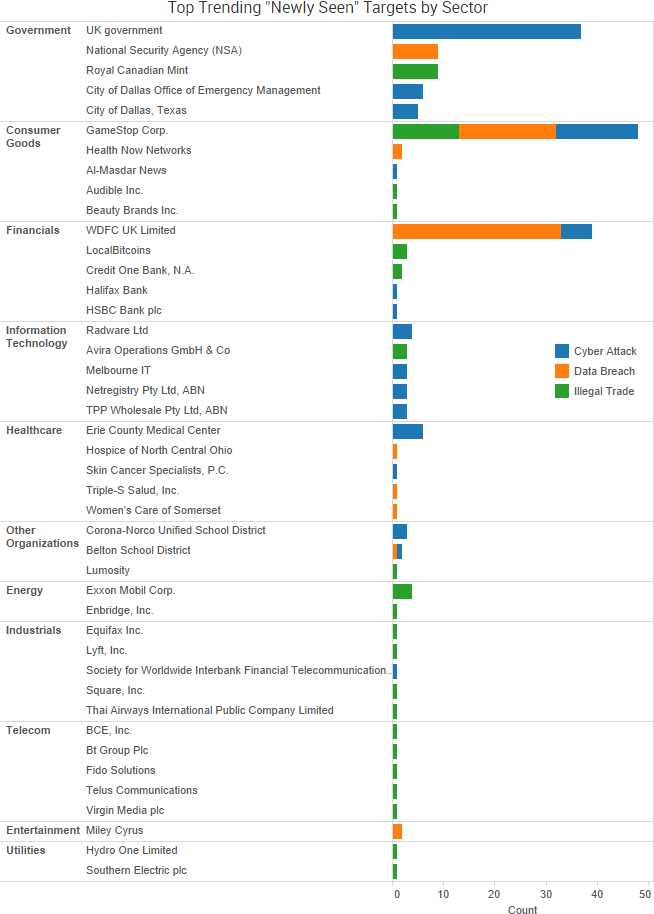 A variety of stories from the past week once again highlighted threats that originate not from external hackers, but from organizations’ employees and poor risk management practices.

To start, Allegro Microsystems has accused a former employee of causing $100,000 worth of damages by logging into the company’s network multiple times after resigning in order to implant malware. According to court documents, the man allegedly returned a computer meant for personal use rather than his work computer when resigning, and he used that work computer along with system administrator credentials to insert malicious code into Allegro’s finance module. The employee “designed the malicious code to copy certain headers or pointers to data into a separate database table and then to purge those headers from the finance module, thereby rendering the data in the module worthless,” the documents stated.

Another case involved a DuPont employee who admitted to stealing data from DuPont in the months before he retired in order to bolster a consulting business he planned to run. The man allegedly copied 20,000 files to his personal computer, including formulas, data, and customer information related to developments in flexographic printing plate technology. He also took pictures of restricted areas of DuPont’s plant.

On the regulatory side, the FDA sent a letter to St. Jude Medical demanding the company take action to correct a series of violations related to risks posed by the company’s implantable medical devices — an issue that received quite a bit of attention last summer after a report published by Muddy Waters and MedSec shed light on the alleged vulnerabilities. St. Jude must respond to the FDA within 15 days with “specific steps [it has] taken to correct the noted violations, as well as an explanation of how [it] plans to prevent these violations, or similar violations, from occurring again” — or else St. Jude may face further regulatory action, including potential fines.

That is what happened to Metro Community Provider Network (MCPN), which agreed last week to pay $400,000 following a January 2012 phishing incident that exposed the electronic protected health information (ePHI) of 3,2000 individuals. An investigation conducted by the Office for Civil Rights revealed that “prior to the breach incident, MCPN had not conducted a risk analysis to assess the risks and vulnerabilities in its ePHI environment, and, consequently, had not implemented any corresponding risk management plans to address the risks and vulnerabilities identified in a risk analysis.” As a result, MCPN will pay the penalty and implement a corrective action plan to better safeguard ePHI in the future.