The week’s top trending event was the outbreak of Bad Rabbit ransomware, which quickly spread across Russia and Eastern Europe before most of the infrastructure behind the attack was taken offline hours later.

Bad Rabbit was largely spread via watering hole attacks using compromised news media websites that prompted users to install a fake “Flash Update.” Symantec reported that the vast majority of infection attempts occurred in Russia within the first two hours of the malware’s appearance, but there were also infection attempts observed in Japan, Bulgaria, Ukraine, the U.S., and other countries.

The malware used an SMB component as well as the “Mimikatz” tool, along with some hard-coded default usernames and passwords, to attempt to spread laterally across a network after infection. It was later discovered that the malware also leveraged the leaked NSA exploit EternalRomance in a way that was “very similar to the publicly available Python implementation of the EternalRomance exploit” used by NotPetya (or Nyeta) malware.

“The BadRabbit exploit implementation is different than the one in Nyetya, although it is still largely based on the EternalRomance exploit published in the ShadowBrokers leak,” Cisco researchers wrote. “We can be fairly confident that BadRabbit includes an EternalRomance implementation used to overwrite a kernel’s session security context to enable it to launch remote services, while in Nyetya it was used to install the DoublePulsar backdoor.”

Those infected with Bad Rabbit were directed to a Tor payment page and presented with a countdown timer for when the ransom demand would increase, starting at 0.05 bitcoin (around $280). The Register reported that various researchers have found that recovering infected machines appeared difficult, but not impossible.

The offshore law firm Appleby said that client data was stolen last year, and the International Consortium of Investigative Journalists (ICIJ), which obtained the hacked data, has contacted the firm over allegations of wrongdoing and says it plans on publishing a series of stories related to the breach.

Business Insider reported that the law firm’s super-rich clients are “bracing themselves for the exposure of their financial secrets.” The incident has echoes of the 2016 “Panama Papers” leak, which involved the Panama-based law firm Mossack Fonseca and has led to numerous consequences around the globe — including the resignation of prime ministers in Iceland and Pakistan, and calls for the impeachment of Ukraine’s president.

It is unclear at the moment what fallout, if any, may occur due the breach at Bermuda-based Appleby, and it is important to note that the company said in a statement that it has found no evidence of wrongdoing.

“We are disappointed that the media may choose to use information which could have emanated from material obtained illegally and that this may result in exposing innocent parties to data protection breaches,” the company said. “Having researched the ICIJ’s allegations we believe they are unfounded and based on a lack of understanding of the legitimate and lawful structures used in the offshore sector.”

However, there have already been reports that leak has led to renewed scrutiny of Glencore Plc’s acquisition of Katanga Mining Ltd., which runs copper and cobalt mines in Congo, and claims that aircraft buyers may have used Isle of Man for abusive Value Added Tax (VAT) avoidance.

Appleby’s clients include FTSE 100 and Fortune 500 companies, and the breach serves as a reminder that law firms are often the target of malicious actors due to the combination of sensitive documents they hold along with the potentially weaker security inherent in some third parties. Additional documents and reporting related to the Appleby breach will likely be published throughout the coming months.

As The New York Times noted, the breach gives Yahoo the distinction of having the largest ever data breach – on two separate occasions.

It also appears that the intruders were able to use stolen source code to forge cookies, which allowed the malicious actors to gain access to some users’ accounts without needing a password.

The newly announced breach has also led to more speculation about the potential impact on Yahoo’s pending $4.8 billion deal to be acquired by Verizon. Sources told Reuters that Verizon is looking for “major concessions” from Yahoo, and Verizon reiterated that it would “review the impact of this new development before reaching any final conclusions” about proceeding with the deal.

The incident may also have an affect on the size of Yahoo’s user base. Reuters reported that several cybersecurity experts and bodies such as Germany’s Federal Office for Information Security are now advising Yahoo users to consider abandoning the service for email providers that may be more secure. 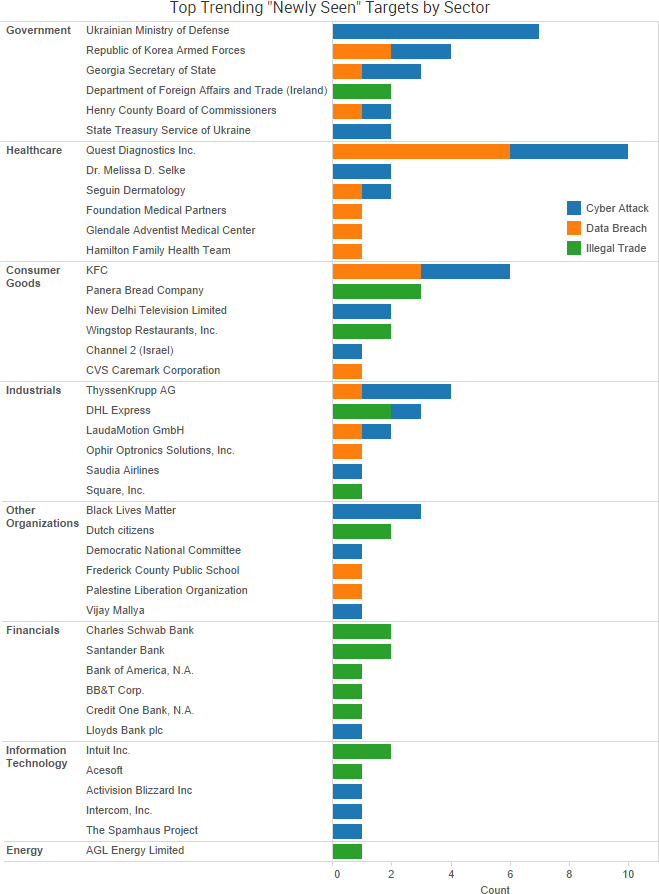 The past week saw several legal developments involving both past breaches and possible future lawsuits.

Ruby Corp, the operator of AshleyMadison, has agreed to pay $1.6 million to settle state and Federal Trade Commission charges related to its massive July 2015 data breach. The total fine was $17.5 million, but the remaining portion was suspended based on Ruby Corp.’s inability to pay.

“I recognize that it was a far lower number frankly than I would have liked,” FTC Chairwoman Edith Ramirez said on a conference call with reporters. “We want them to feel the pain. We don’t want them to profit from unlawful conduct. At the same time, we are not going to seek to put a company out of business.”

The settlement also requires the implementation of a comprehensive data-security program, including third-party assessments.

Another interesting story of note is a lawsuit that was recently filed against the Chicago-based law firm Johnson & Bell that alleges the firm failed to protect confidential customer information. According to the lawyer that filed the case, it is the first class action lawsuit against a law firm over inadequate data security measures. The same lawyer previously said he had identified a total of 15 firms lacking basic security measures that may be targeted by lawsuits, although the others have not yet been publicly named.

The Johnson & Bell lawsuit was filed back in April 2016; however, it only recently became public and moved to arbitration. Although the complaint does not claim that any data was actually stolen, it alleges that the firm put clients at risk due to using an out of date time-entry system, a VPN that was prone to man-in-the-middle attacks, and an email system that was vulnerable to the DROWN attack.

As SurfWatch Labs noted in our whitepaper, Flipping the Script: Law Firms Hunted by Cybercriminals, law firms are attractive targets for malicious actors as they often have weaker security than the clients they represent. Breaches may also be especially damaging for law offices as confidentiality is at the core of the legal process and law firms often have access to valuable data.