Several cryptocurrency exchanges were among the week’s top trending cybercrime targets due to a variety of different currency thefts, data breaches, and warnings from researchers. 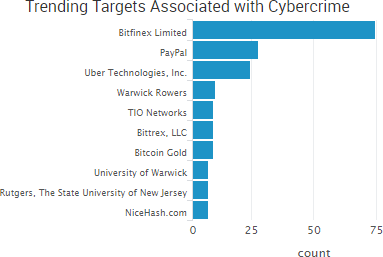 The most impactful incident occurred at the bitcoin mining platform and exchange NiceHash, which said on Wednesday that its payment system was compromised and the bitcoin in its wallet was stolen. NiceHash said it is “working to verify the precise number of BTC taken”; however, news outlets reported that a wallet linked to the attack obtained around 4,736 bitcoin, which is valued at more than $72 million based on Saturday’s price. The company has not released many details about the attack other than that it began after an employee’s computer was compromised.

In addition, researchers warned this week that the increased valuation of bitcoin has led to it becoming one of the top 10 most targeted industries for DDoS attacks. On Monday, Bitfinex said that its services were disrupted by a DDoS attack. On Thursday, Coinbase warned that the explosion of interest in digital currencies was creating “extreme volatility and stress” on its systems and warned its users to invest responsibly as any future downtime could impact their ability to trade.

News outlets also reported that some Bittrex customers who go through the company’s manual verification process but are rejected have received customer support emails that contain the passports details and photographs of other users, although Bittrex has not confirmed the reports.

Finally, the SEC announced that it obtained an emergency asset freeze to halt the Initial Coin Offering PlexCorps after it raised up to $15 million from thousands of investors by falsely promising a 13-fold profit in less than a month’s time. 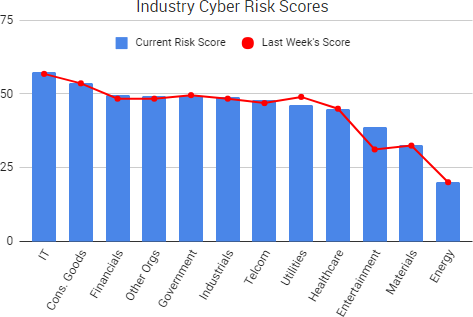 Phishing concerns were highlighted once again this past week due to a newly announced vulnerability that allows malicious actors to spoof emails, as well as warnings that phishers are making efforts to appear more legitimate.

A researcher has discovered a collection of bugs in email clients, dubbed “Mailsploit,” that circumvents spoofing protection mechanisms and, in some cases, allows code injection attacks. The vulnerabilities were found in dozens of applications, including Apple Mail, Mozilla Thunderbird, Microsoft Outlook 2016, Yahoo! Mail, ProtonMail, and others.

The bug has been fixed in 10 products and triaged for 8 additional products, the researcher said. In addition, Mozilla and Opera said they won’t fix the bug as they consider it to be a server-side problem; however, Thunderbird developer Jörg Knobloch told Wired that a patch would be made available. DMARC spoofing protection is not attacked directly using Mailsploit,  the researcher said, but rather bypassed by taking advantage of how the clients display the email sender name.

In addition, researchers said that nearly a quarter of all phishing websites are now hosted on HTTPS domains, up from three percent a year ago. The increase is due to both an increased number of HTTPS websites that can be compromised and used to host malicious content, as well as phishers registering HTTPS domains themselves due to their belief that the “HTTPS” designation makes a phishing site seem more legitimate to potential victims. An informal poll conducted by PhishLabs found that more than 80% of the respondents incorrectly believed the green padlock associated with HTTPS websites indicated that a website was either legitimate or safe — when in reality it only means that the connection is encrypted.

Individuals and organizations should be aware that malicious actors continue to leverage exploits like Mailsploit along with more secure-looking websites in order to dupe potential victims via phishing attacks with the goal of installing malware, gaining access to networks, or stealing sensitive data.