The FBI is once again warning organizations that there has been an increase in phishing campaigns targeting employee W-2 information. In addition, this week saw new breach notifications related to W-2 theft, as well as reports of a threat actor targeting Fortune 500 companies with business email compromise (BEC) scams in order to steal millions of dollars.

The recent breach notification from Los Angeles Philharmonic highlights how W-2 information is often targeted during the tax season: attackers impersonated the organization’s chief financial officer via what appeared to be a legitimate email address and requested that the W-2 information for every employee be forwarded.

“The most popular method remains impersonating an executive, either through a compromised or spoofed email in order to obtain W-2 information from a Human Resource (HR) professional within the same organization,” the FBI noted in its alert on W-2 phishing scams.

In addition, researchers said that a threat actor, which is likely of Nigerian origin, has been successfully targeting accounts payable personnel at some Fortune 500 companies to initiate fraudulent wire transfers and steal millions of dollars. The examples observed by the researchers highlight “how attackers used stolen email credentials and sophisticated social engineering tactics without compromising the corporate network to defraud a company.”

The recent discoveries highlight the importance of protecting against BEC and other types of phishing scams. The FBI advises that the key to reducing the risk is understanding the criminals’ techniques and deploying effective mitigation processes, such as: 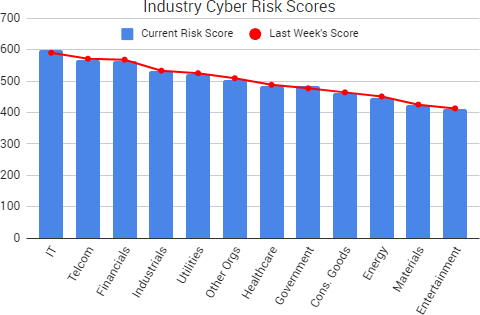 The U.S. Securities and Exchange Commission (SEC) issued updated guidance on how public organizations should respond to data breaches and other cybersecurity issues last week.

The SEC also advised that directors, officers, and other corporate insiders should not trade a public company’s securities if they are in possession of material nonpublic information — an issue that arose when it was reported that several Equifax executives sold shares in the days following the company’s massive data breach. The SEC said that public companies should have policies and procedures in place to prevent insiders from taking advantage of insider knowledge of cybersecurity incidents, as well as to ensure a timely disclosure of any related material nonpublic information.

“I believe that providing the Commission’s views on these matters will promote clearer and more robust disclosure by companies about cybersecurity risks and incidents, resulting in more complete information being available to investors,” said SEC Chairman Jay Clayton.  “In particular, I urge public companies to examine their controls and procedures, with not only their securities law disclosure obligations in mind, but also reputational considerations around sales of securities by executives.”

The SEC unanimously approved the updated guidance; however, Reuters reported that there was reluctant support from democrats on the commission who were calling for much more rigorous rulemaking to be put in place.