Payment card breaches were back in the news again this week as Forever 21 announced that it is investigating a point-of-sale breach (POS) at some of its stores, and several other organizations issued breach announcements related to stolen payment card data. 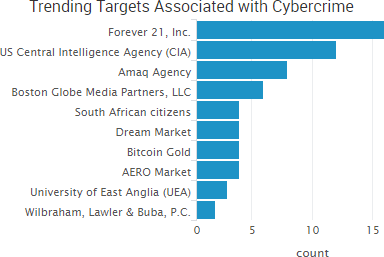 Forever 21 said that it received a report from a third party about potential unauthorized access to payment cards at some of the company’s stores, and the ongoing investigation is focusing on POS transactions made in stores between March 2017 and October 2017.

“Because of the encryption and tokenization solutions that Forever 21 implemented in 2015, it appears that only certain point of sale devices in some Forever 21 stores were affected when the encryption on those devices was not in operation,” the company wrote.

In addition, organizations continue to submit breach notification letters to various state attorneys general regarding the previously disclosed breach involving Sabre Hospitality Solutions SynXis Central Reservations system, including The Whitehall Hotel and JRK Hotel Group, both of which were impacted from August 10, 2016, through March 9, 2017. The Register also reported that Jewson Direct is notifying customers that their personal and payment card information may have been compromised due to the discovery of unauthorized code on its website. However, the company said the inclusion of card data in the notification was only “an advisory measure” as the investigation is ongoing.

The recent breaches, as well as other breaches such as Sonic, may have led to an increase in payment card fraud activity in the third quarter of 2017. Fraud activity is also expected to increase as consumers buy gift cards and other items over the holiday shopping season. 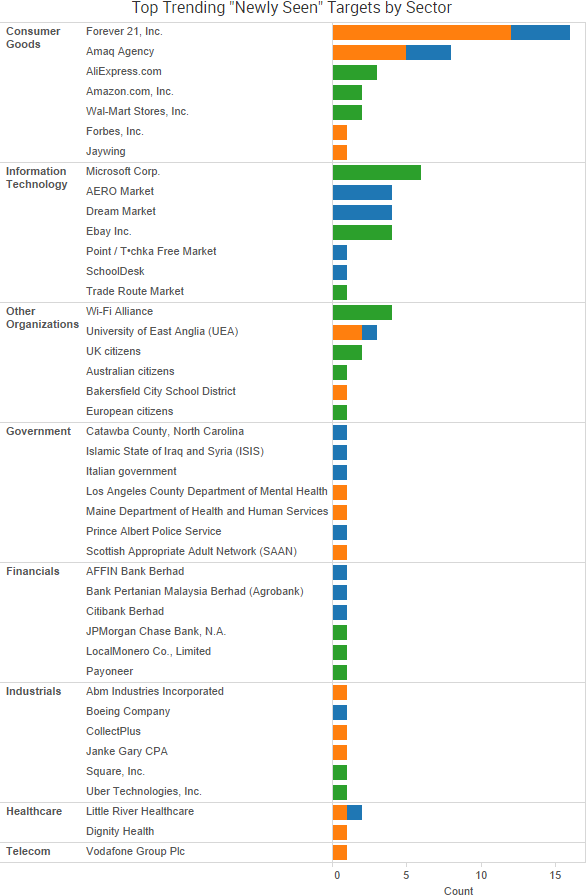 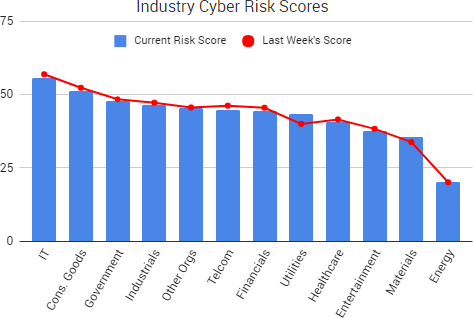 Dark Web markets continued to make headlines this week as a key player in AlphaBay’s operations was charged and cyber-attacks against other still-active dark web marketplaces temporarily disrupted operations.

Federal prosecutors allege that Ronald L. Wheeler III, of Streamwood, Illinois, worked as a spokesperson for the now-shuttered Dark Web marketplace AlphaBay. AlphaBay had grown to become the largest-ever Dark Web marketplace before it, along with the popular Hansa Market, were taken offline by law enforcement this past summer.

Wheeler is accused of working alongside Alexandre Cazes, a 25-year-old Canadian who was alleged to be the owner of AlphaBay known as “Alpha02.” Cazes reportedly committed suicide in his Thai jail cell a week after being arrested in July.

The Associated Press reported that Wheeler has pleaded not guilty to the AlphaBay-related charges, but prosecutors allege that he worked with Cazes using the name “Trappy” to moderate the AlphaBay forum on reddit, mediate sales disputes, and provide other non-technical assistance to users.

As SurfWatch Labs previously reported, the downfall of AlphaBay and Hansa Market elevated Dream Market to the temporary king of the Dark Web. However, Dream Market other popular markets have been the target of DDoS attacks over the past few weeks, making the sites difficult to access for some users. Those attacks can delay purchases beyond the already congested list of pending Bitcoin transactions, which is slowing down both legitimate and criminal transactions.

Prior to being seized, AlphaBay had grown to accept multiple payment options, including Ethereum and Monero; however, Dream Market still only accepts Bitcoin, and that restriction may help push some users towards other markets that have more, and quicker, payment options as the Dark Web marketplace continues to evolve in AlphaBay’s absence.